The Apertura is now less than 48 hours away and, if you’ve already checked out our introduction to the clubs who’ll be contesting the Primera A this season, you may be wondering which players will be likely to attract attention. Well, I can’t help you with any reliability (although I suppose I could ensure that this website’s headlines will mention the following players), but there are some players who will surely be commented on by the press in the coming months. One is about to break a record, in all probability. One is a promising youth who’s just breaking through. A couple were in that position not long ago, and are now looking to prove themselves. Here they are…

River manager Daniel Passarella insisted, after Marcelo Gallardo’s sale to Paris Saint-Germain in January, that he was going to get River attacking in an open, expansive style, without a playmaker. During the Clausura, he managed half of that. They didn’t have a playmaker.

OK, that’s a bit harsh. You certainly couldn’t accuse River of failing to create chances in the last six months – merely of failing to put the ball in the onion bag, and, too often, of lacking a bit of guile, vision and creativity in that crucial ‘three-quarter’ position between the opposition’s midfield and defence. Abandoning the plan now, Passarella has signed Sixto Peralta, but in recent friendlies it’s been a youth player who’s started pushing himself forward, and is expected to be given a starting berth against Gimnasia de Jujuy. His name is Diego, he’s short, left-footed, pacey and has shown flashed of utter brilliance in pre-season, most notably in the friendly against CAI last weekend, when he scored twice, only for his defensive team-mates to let him down by conceding the same number. At the age of 19, Buonanotte is being charged with bringing the playmaker’s art back to the Monumental. And if he succeeds, you’ll be seeing him in Europe in a few years’ time. Remember where you read the name first.

Following on from a stellar display in the Under 20 World Cup in Canada, no-one would have been too surprised had Moralez gone to Europe immediately after, as his team-mate for the junior selección, Angel Di María, has done. But he’s staying with Racing for at least another six months, and they’ll be hoping he can leave them with some magical memories if it does prove to be his last campaign (for now) with La Academia.

Following a disastrous 2006-2007 season, Racing are low down in the Promedio table of points averages, and are going to need to improve drastically if they’re going to ensure survival in the top flight. Of the teams who have an average rating (Tigre, San Martín and Huracán, all newly promoted and not having been in the division in any of the last three seasons, start from zero), Racing are third from bottom, with Colón and Newell’s just below. To turn things round, manager Gustavo Costas is after a defender and a centre-forward, but it could well be the continued involvement of Moralez, along with his fellow World Youth Cup winners Marco Cáceres, Matías Sánchez and Claudio Yacob, which helps Racing the most.

Moralez showed in Canada that he’s close to the complete package. A great dribbler, comfortable with the ball at either foot, with an excellent awareness of where his team-mates are and a cool finisher, if he’s got one weakness it is that at times he’s still perhaps a little selfish. But not for nothing is he one of the many young forwards hoping to make the playmaker’s role his own at club and international level for Argentina in the years to come. Second top scorer in Canada, if he can carry his form into the new club season, it could prove crucial for Racing. 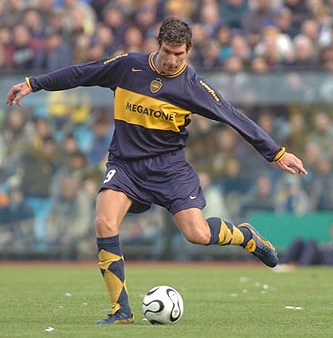 It would be easy to go for almost any of Boca’s more attack-minded players here. Ever Banega, following an impressive Word Youth Cup, is looking to prove he can be the next great number 5 to roll off the Boca production line. Pablo Ledesma and Neri Cardozo are charged with creative duties presuming (and you’ve to presume it) Juan Román Riquelme doesn’t return on another loan. Rodrigo Palacio, if he doesn’t make the move to Europe that’s been touted since the last season ended, will be hoping to put a personally disappointing Copa América behind him – yes, he was there – with another title for his club.

But it’s Martín ‘El Loco‘ Palermo who gets the nod as my player to watch at Boca for this campaign, for the simple reason that it’s not every season that a player has the chance to become the all-time leading goalscorer at one of the world’s biggest football clubs. Francisco Varallo currently sits top of Boca’s pile on 181 goals, but Palermo is already the all-time leading scorer in La Bombonera and already holds the record for most goals in a short tournament (20 in 19 games during the 1998 Apertura). If he manages to spread that same total over the whole of the coming season – and he’s got the Apertura, Clausura, and Copas Sudamericana and Libertadores, plus the World Club Championship, to do it in – he’ll draw level with Varallo. For this reason alone, you’ll want to keep an eye on Martín Palermo this term. 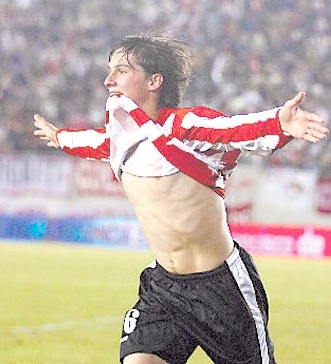 A year ago, no-one had heard of him. In fact, at the start of November last year, no-one had heard of him. And then with a few rounds of the Apertura to go, and Estudiantes trailing, looking like they were finally blowing their slim hopes of holding onto Boca’s coat-tails in the race for an unlikely title, the seventeen-year-old took to the pitch, in the midfield. The pressure continued. And with his first touch – almost the last of the match – Pablo Piatti rose above his marker and sent a crashing header past the goalkeeper to equalise for Estudiantes. In the remaining matches he played cameo roles, but without that one goal, the 2006 Apertura would almost certainly have gone to Boca Juniors.

During the Clausura he became a regular feature, taking on defenders, creating bucketloads of chances for his team-mates, and scoring some fine goals, including one volley with his allegedly weaker right foot which reminded me of Zinedine Zidane’s effort in the 2001 Champions League final. Piatti went to Canada with Hugo Tocalli’s Under 20 national side, and when Angel Di María picked up a knock, came in for a couple of games and shone. His has been a quick rise, but it’s continuing. Piatti’s got pace and a strong finish, and can play pretty much anywhere across the front or in midfield. With Diego Galván out for six months after doing something nasty to his knee in training last week, it seems likely that Diego Simeone will ask Piatti to play wide on the right, but expect him to have licence to roam. If Estudiantes can maintain another title challenge, less than one year after that incredible debut goal, Piatti is bound to have even more of a say in it.