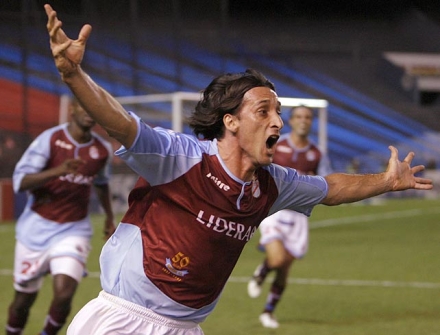 It was a very nervy match in Racing’s stadium, as Arsenal’s players showed the pressure of playing the biggest match in the history of their club – but they dug deep when it most mattered, and came away with the trophy thanks to Martín Andrizzi’s late strike. Despite a 2-1 loss in front of their own fans, Alfaro’s boys take the trophy on away goals.

It’s been a good half of the year for sides from the south of Gran Buenos Aires. Lanús’s title is now followed up with Arsenal winning their own first ever trophy, against the odds, beating América de México in the final over two legs. Left-back Christian Díaz dropped his team-mates in it with an own goal in the 17th minute, to put América 1-0 up on the night and allowing them to tie the aggregate score 3-3. It stayed that way until half time, despite Arsenal creating chances to equalise left right and centre. They couldn’t take those, but Arsenal knew, at least, that they’d win the tournament if they could hold it thus.

They kept pressing in the second half, though, and were stunned when, in the 62nd minute, Juan Carlos Silva Maya put the Mexicans 2-0 up, and gave them the aggregate lead. It had been an heroic performance from Arsenal to get this far in the competition, but the dream looked over, a reality check arriving in the form of a side just too good for them.

And then finally, after all the pressure on the visiting goal, they found what they needed. Andrizzi clawed back a goal in the 83rd minute, making it 2-1 on the night but, more crucially, 4-4 on aggregate – and putting Arsenal back into the lead thanks to the three away goals they got in the Azteca. The tension continued a little longer, but was seriously eased when América had two men – Duilio Davino and Lucas Castromán – sent off in a frantic finale, and with the referee’s final whistle of the game came unbridled joy from the stands of El Cilindro.

It may not be anywhere near the tourist areas of town, but if you’re in Buenos Aires this week and want a good party, and you’re not afraid to mix it with the locals, you could probably do worse than get down to the Zona Sur. Banfield fans can’t be enjoying it, but Arsenal can celebrate along with Lanús tonight.

Check back soon for the goals.