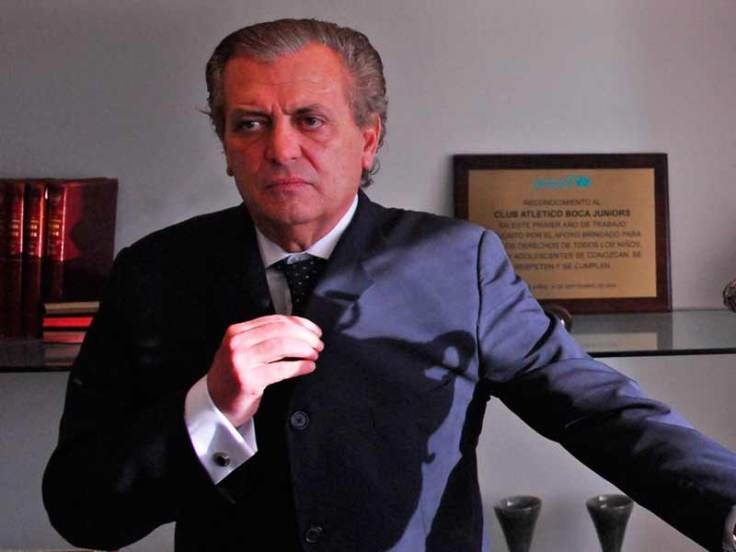 As already mentioned by Seba in the comments, Pedro Pompilio, Boca Juniors’ president, died unexpectedly on Thursday following a heart attack, aged 58. Pompilio had taken over the presidency of Boca last December, when Mauricio Macri left his post to become Mayor of the City of Buenos Aires. Elections had been due in the new year to decide whether Pompilio would keep the presidency, following fan protests after Macri effectively handed the title to his long time vice-president. Pompilio is survived by his wife and two sons.

Pompilio had first become a vice-president of Boca Juniors in 1995, and was also second vice-president of the Associación de Fútbol Argentino. The club and his family were his two great loves – in spite of owning a paper plant, he always arrived at Boca early in the morning and left late in the evening, and his brief spell as Boca president was characterised by his willingness to take responsibility for the team and a lack of shyness at the visibility of his position. When Juan Román Riquelme – who Pompilio authorised the transfer of from Villarreal – was criticised earlier in the year, the president publicly stood by him. He died having started the ball rolling to remodel La Bombonera in an effort to put to an end the shortage of available tickets.

On the day Diego Maradona was officially announced as manager of the national team, almost his action was to express his sorrow at Pompilio’s passing: ‘He was a great guy for football, we had good times and bad. He gave a lot to football, and to Boca. He was a great director.’ Julio Grondona, president of the AFA, broke down in tears when asked for his thoughts on Pompilio. ‘I can’t speak,’ he said. ‘He was a son for me, I saw him born. He had some tough fights and he was surviving at a club like Boca… that’s not easy.’

Even Pompilio’s fiercest rivals had good words to describe him. River Plate president José María Aguilar told the press: ‘The fight for the interests of our two clubs united us. It’s a great loss for Argentine football.’

Not everyone agreed with him during his time in charge of Boca, but his death, especially at such an early age, has come as a shock to the whole world of Argentine football. Jorge Amor Ameal will take the presidency according to Boca’s own regulations, with an election (presumably) following before too long.