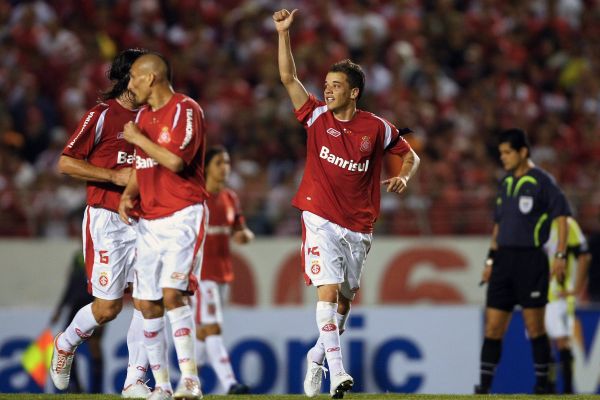 Estudiantes are the last Argentine club left standing at the quarter-final stage for the second Copa Libertadores campaign running, after Banfield threw away their 3-1 first leg victory over Internacional to lose 2-0 in Porto Alegre to an Andrés D’Alessandro-inspired Inter and exit the competition on Thursday night. Internacional will now be Estudiantes’ opponents in the quarter-finals. The efforts of trying to follow the UK elections back home via an internet connection that – especially for the occasion – slowed to almost Martín Palermo-like levels of torpidity meant I didn’t get this goal video online last night, but here it is now.