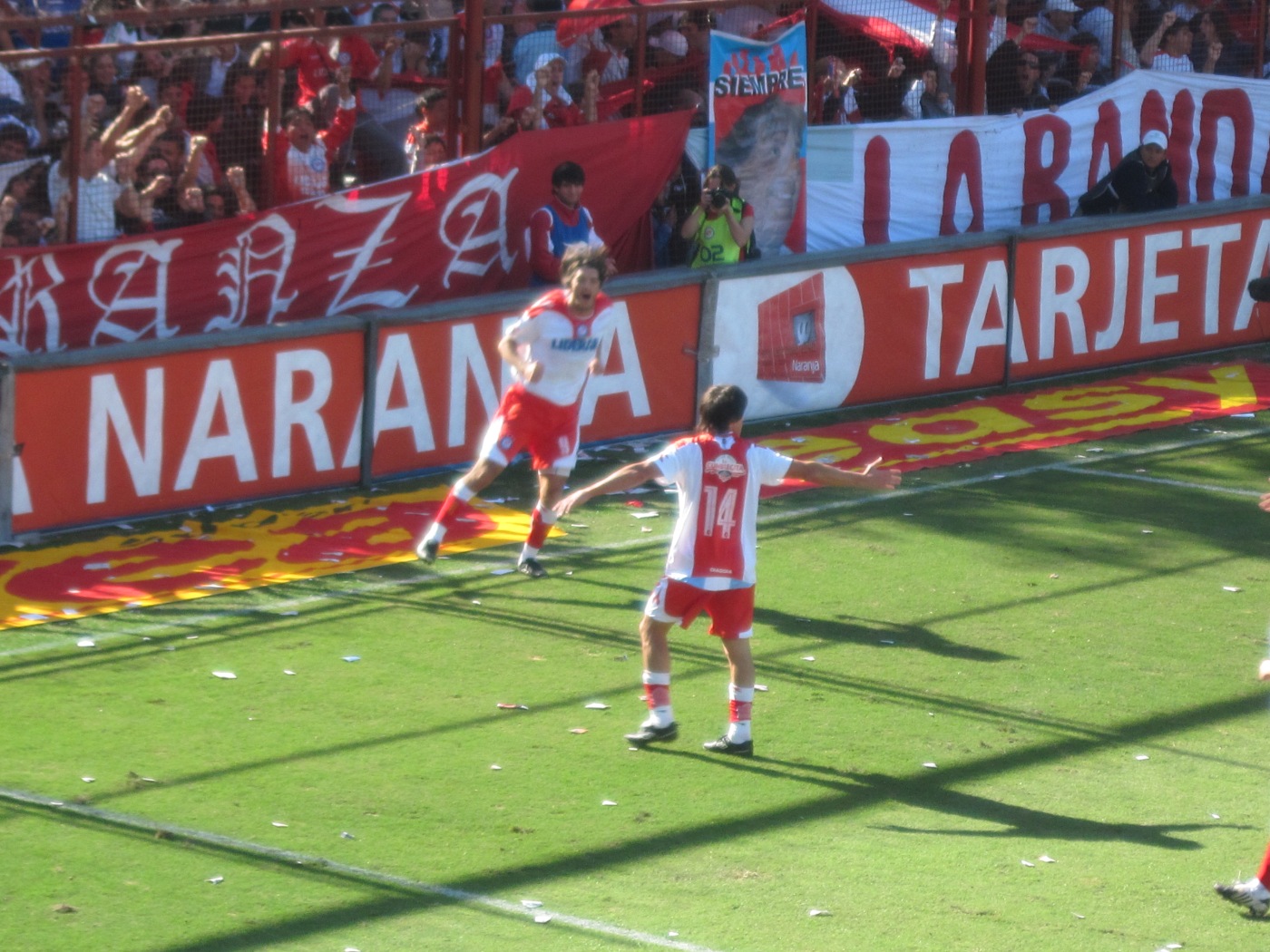 There were one or two talking points on Sunday. Seba Verón was sent off in the first half as Estudiantes stumbled at the penultimate hurdle in their quest to win an unprecedented Clausura-and-Libertadores double (a 0-0 draw with Rosario Central that condemned their opponents to the relegation playoffs whilst also ensuring Racing are safe); Huracán ended a run of 30 years without a win in La Bombonera; Atlético Tucumán got a point against Arsenal in spite of already being down, and Banfield claimed a 2-1 away win over Tigre. Oh. And Argentinos Juniors are top of the table after scoring three unanswered goals in the last 20 minutes to beat Independiente 4-3 in a simply unbelievable partidazo in La Paternal. HEGS was there. I sure know how to pick ’em! All the goals are right here.

The Estadio Diego Armando Maradina almost exploded when, with ten seconds of the three minutes’ injury time remaining, Matías Caruzzo hit a shot from around the penalty spot which was deflected into the goal to give Argentinos victory in a match that, in the words of club president Luis Segura to this very website afterwards, ‘I didn’t even think we were going to get a draw out of!’ El Bicho took the lead but went in at half time drawing 1-1 following Lionel Núñez’s equaliser from a gol olímpico (direct from a corner) just a minute or so afterwards. After starting the second half weakly – Independiente scored twice as well as hitting the crossbar to take a 3-1 lead in the 67th minute – Argentinos looked down and out before an astonishing comeback that saw them gain a glimpse of hope in the 73rd minute before scoring in the 89th and 93rd to win. The sun was shining in La Paternal and for once, the mandatory lock-in of the home fans until the away contingent were safely out of harm’s way didn’t seem like such a hardship.