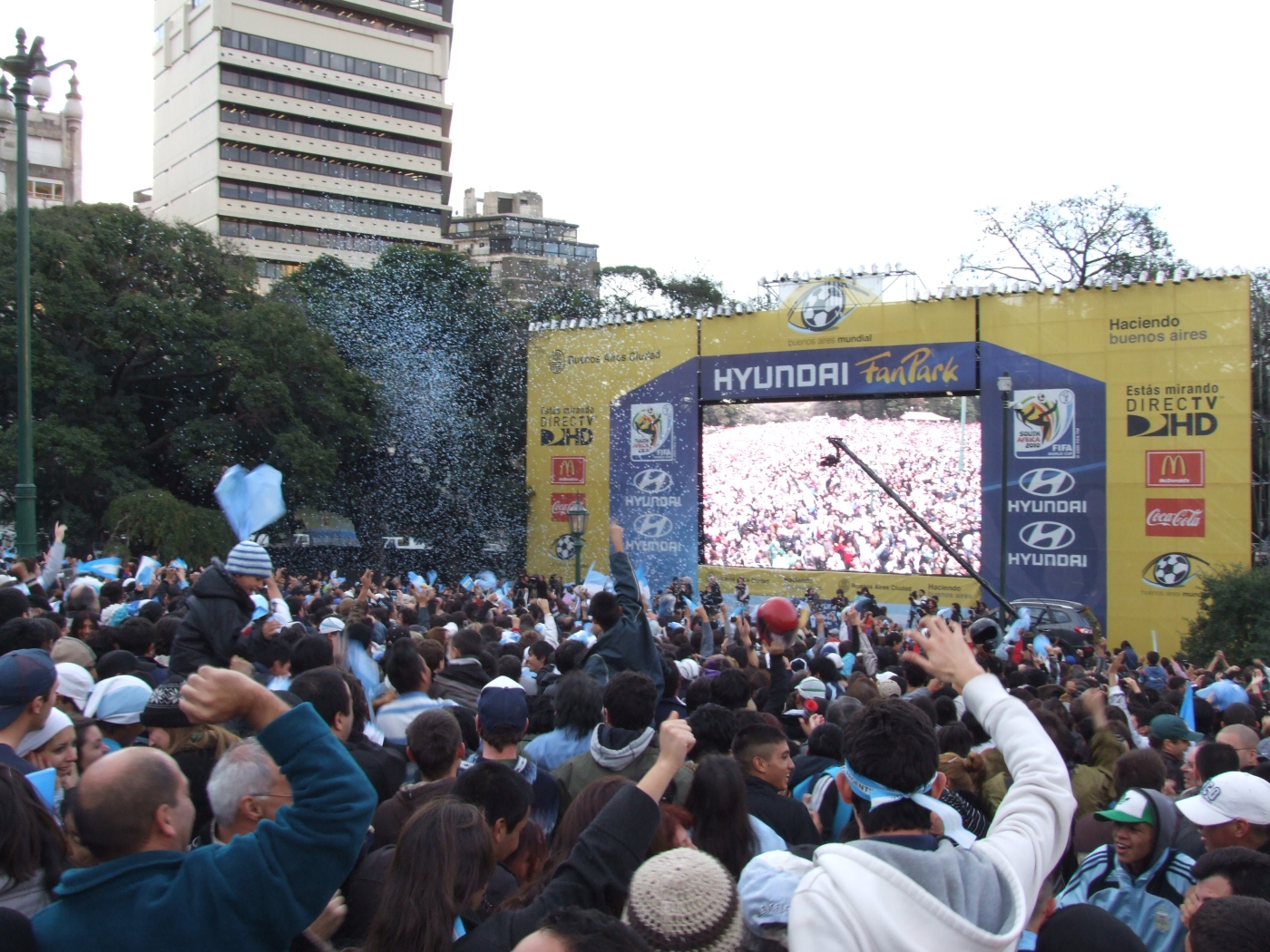 Argentina confirmed their place in the second round of the 2010 World Cup on Tuesday with a 2-0 win over a very defensive Greece side in Lionel Messi’s first match as captain of the selección. It took a while for Diego Maradona’s team to break the tightly-packed Greek defence but eventually Martín Demichelis and substitute Martín Palermo got the goals which sent them through as group winners to face Mexico in Johannesburg on Sunday.

Messi was man-marked throughout by Sokratis Papastathopoulos, and in the first half was correspondingly quiet for the most part. He was well-supported by the midfield and by Sergio Agüero though, who made themselves available for passes when the ball was played in to him and at least helped him keep it moving. By and large though, Greece were able to keep Argentina at arm’s length during the first half, with neither Agüero nor Maxi Rodríguez able to take advantage of the space afforded by one Greek player being deployed solely to follow Messi around. Papastathopoulos got away with a couple of clear blocks and one very hard foul without a booking, but at the end of the half, Messi did manage to wriggle free for long enough to cut inside and draw a fine save from Alexandros Tzorvas in the Greek goal.

In the second half, the scoreline and the fluctuating play in the group’s other match between Nigeria and South Korea (who were drawing 1-1) obliged Greece to go looking for a goal of their own to steady the nerves – as it stood, South Korea were going through. In spite of Martín Demichelis being nowhere as good after the break as before it though, he eventually got the breakthrough in the 77th minute. Heading the ball into Diego Milito from a corner, the Inter player inadvertently set his team-mate up when Demichelis reacted with a seasoned striker’s instinct to ram the ball into the roof of the net and make it 1-0 to Argentina.

A real seasoned striker entered the fray minutes later, with Milito leaving in frustration at having had so little of the ball to make way for Martín Palermo. After Lionel Messi had hit the post with such force that he nearly lifted the goal clean out of the ground, the captain had another run at the defence and a shot which Tzorvas could only parry straight onto the right foot of Martín ‘El Hombre Gol‘ Palermo, who rammed it in first time. I’d like to say that suggestions he’s now above Milito in the strikers’ pecking order are a joke, but I’m not sure Maradona won’t see it as a given, to be honest.

Photo taken by me