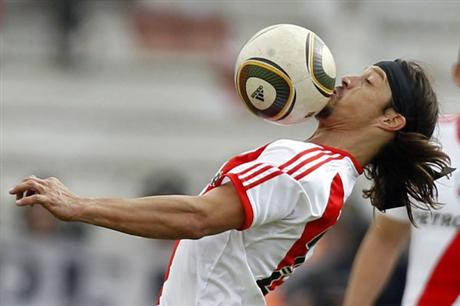 Sunday’s matches in the 2010 Torneo Apertura saw Ángel Cappa welcomed back to El Palacio as a hero. His River Plate team were more impressive than last week, but still ended up having to defend as if their lives depended on it in the second half as they ground out a 1-0 win over Huracán. All Boys, playing in their own ground, lost their first home game of the season 2-1 to Vélez Sarsfield. Estudiantes had to play in their opponents’ stadium in spite of a home tie, but beat Quilmes 2-0 all the same, and there was a power cut in Bahía Blanca as Olimpo got the first win of the season for any of the promoted teams, 1-0 over Gimnasia La Plata. As ever, you can see the goals right here.