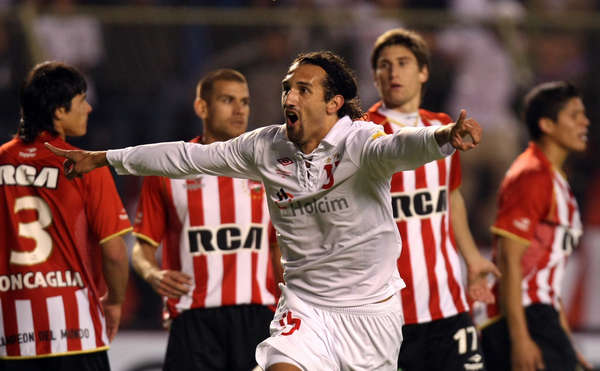 Estudiantes de La Plata didn’t play badly, but lost in the first leg of the 2010 Recopa Sudamericana. All the same, the 2009 Copa Libertadores winners will be confident of overturning the deficit in the second leg of the showpiece, held between last year’s Libertadores and Copa Sudamericana winners. The opening 20 minutes of the match were the best; it was 2-1 after 20 minutes and there were no more goals for the next 70. You can watch all three of them right here. 2010 Recopa Sudamericana, first leg: Liga Universitaria de Quito 2 – 1 Estudiantes de La Plata (Weds 25th August 2010)