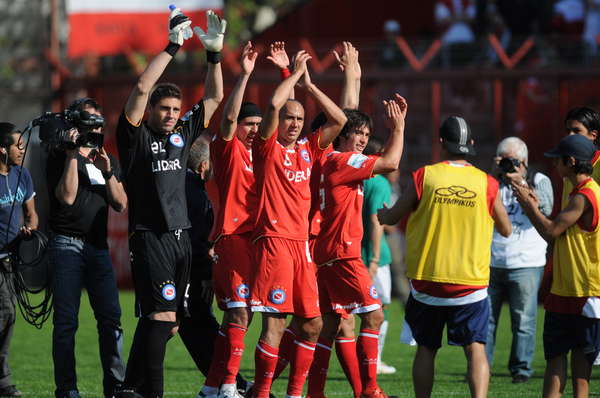 After last week’s contrasting results, in which Estudiantes lost to All Boys and Boca convincingly beat Colón, the celebrations switched on Saturday when Estudiantes beat Boca 1-0 thanks to a Marcos Rojo strike in only the first minute of a lively game. Earlier in the day, champions Argentinos Juniors had claimed their first win of the season by the same scoreline against Banfield. Elsewhere Lanús beat All Boys to bring them back down to earth after last week’s brilliant win, and after Independiente’s win yesterday, another of the sides who lost their manager earlier in the week won; Colón, who broke San Lorenzo’s unbeaten streak so far this season thanks partly to a controversially disallowed goal for the visitors. All the goals are right here.

5 thoughts on “Estudiantes beat Boca and Argentinos win at last”