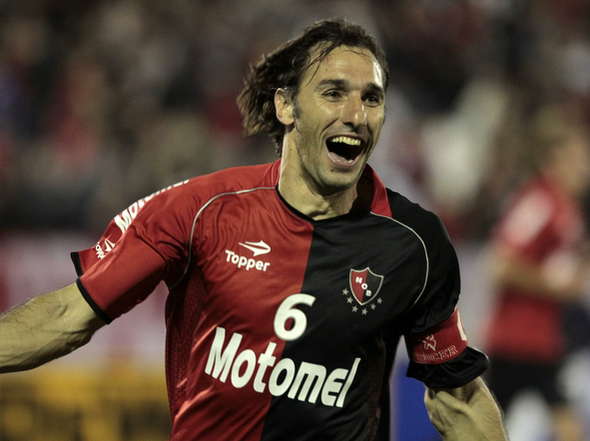 On Wednesday night Newell’s Old Boys recorded their biggest ever win in international competition, and became only the second Argentine side to score six in the Copa Sudamericana (San Lorenzo were the previous ones, in 2003 against Deportivo Italchacao). The unlucky – well, okay, not unlucky, just plain useless – victims were San José de Oruro, of Bolivia. Rolando Schiavi scored twice, neither from the penalty spot nor with his head, as did Mauro Formica. Marcelo Estigarribia and Roberto Salvatierra got one apiece. You can watch all six of the goals right here.

Felicidades to Schiavi, who has also become the highest-scoring defender in Newell’s history.