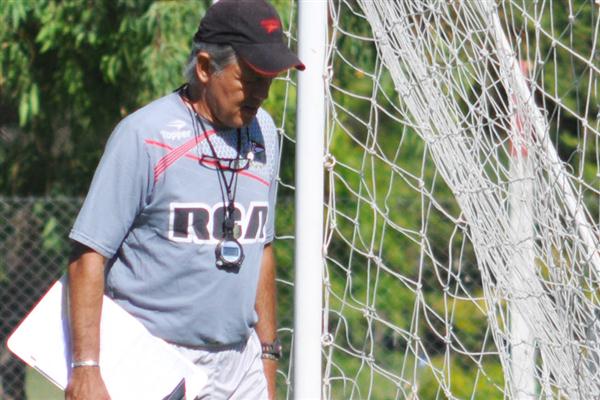 Alejandro Sabella has resigned as manager of Argentine champions Estudiantes de La Plata after almost two years of incredible success with the club. Conflicting opinions are currently circulating on whether this is rumour or fact, and it would help if I was able to turn on the television, but from Twitter, it seems that Sabella – who renewed his contract last year when he was one of the frontrunners for the Argentina national side job after Diego Maradona’s exit – has told the club’s board that he’s leaving, and the reason seems to be a disagreement over transfer policy.

Sabella apparently took the training session at City Bell as normal this morning, after which he gathered the squad together and told them he was stepping down as manager. Midfielder Rodrigo Braña told the press the players hadn’t had a clue the announcement was coming. It’s been said that Sabella hasn’t always seen eye-to-eye with the club’s biggest figure, Juan Sebastián Verón, but if that’s true the duo have hardly seemed to let it get in the way before; together they’ve won one league title and a Copa Libertadores since Sabella took charge in March 2009.

Canchallena.com, La Nación’s sports website, phoned Estudiantes’ offices to confirm the story and club president Rubén Filipas would only say, ‘He told me that he’s gone, but for now I’ve nothing to say,’ before putting the phone down. Where the defending champions go from here, with only ten days before their first match of the season, we shall have to wait and see.