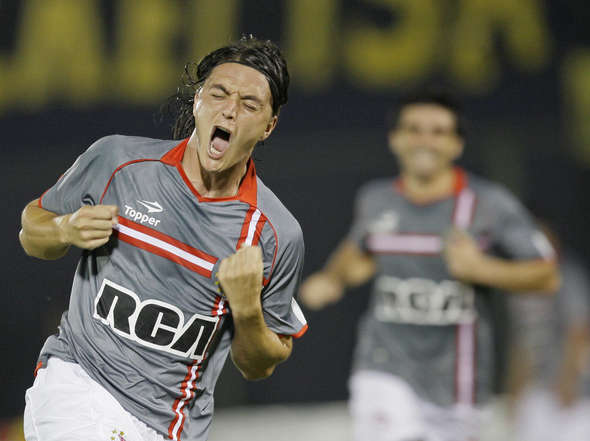 Estudiantes de La Plata were 1-0 down away to Paraguay’s Guaraní in Group 7 of the Copa Libertadores, and bottom of the provisional table at half time of their visit to Asunción. Former Tigre and Racing forward Pablo Caballero had scored from the penalty spot just before half time to complicate things for his countrymen, but early in the second half Estudiantes turned the game on its head. An equaliser from Pablo Barrientos in the 51st minute was swiftly followed by a stonking golazo from Leandro González to give the Pincha a 2-1 win. You can see the goals right here.