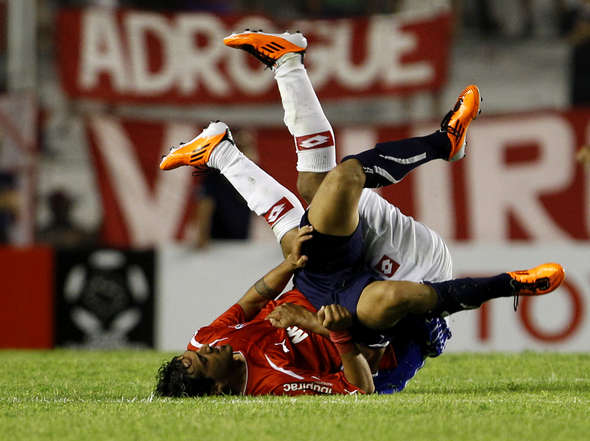 Three Argentine teams took part in only two matches of the 2011 Copa Libertadores on Thursday night. First up Vélez Sarsfield travelled across the Andes to Santiago de Chile, where they started woefully and, although they recovered in the second half, still lost 2-1 to Unión Española. It’s a second straight defeat for Vélez in the competition, and they’re now bottom of Group 4. In the evening’s all-Argentine clash over in Group 8, Independiente took the lead but eventually crumbled, losing 3-1 at home to Godoy Cruz. The latter now share the leadership of that group with Uruguayan side Peñarol, who beat them in Mendoza last week. You can watch all the evening’s goals (from the matches involving Argentine clubs) right here.