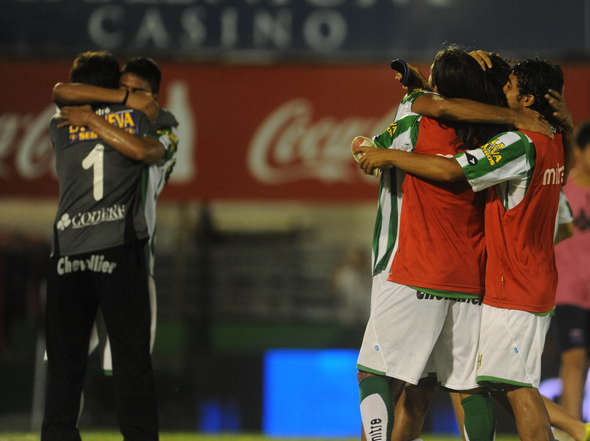 Olimpo and Banfield got simultaneous narrow wins on Friday night to move temporarily joint top of the 2011 Torneo Clausura with ten points each at the start of the fifth round of matches. Banfield’s 2-1 away win over Tigre wraps up a perfect week for them after last weekend saw them win the clásico del Sur by the same scoreline at home to Lanús. Olimpo’s win, meanwhile, comes after being crushed in the first half last week by Racing in a 4-3 defeat. On Friday, they recovered by beating fellow promotees All Boys 1-0 in Bahía Blanca. Not only have they gone top of the Clausura, but in the relegation table they’ve piled some serious pressure on River Plate and Independiente; a win for Olimpo next week, combined with dropped points for one of the two giants, could see Olimpo climb out of the relegation places and drop one of the bigger clubs into the mire. You can see all four of Friday night’s goals right here.