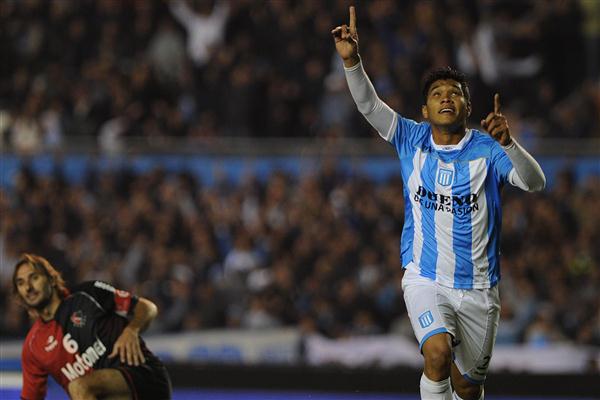 Racing Club won for the second match in a row to put their recent bad form well and truly behind them on Saturday, with Teófilo Gutiérrez bagging a double in a 3-0 win over Newell’s Old Boys in Avellaneda. Gimnasia La Plata gave themselves hope in the relegation battle by beating Banfield 2-0, and All Boys beat Arsenal de Sarandí 1-0 in Floresta. Uncharacteristically for this Clausura, there was only one away win; Argentinos Juniors beat San Lorenzo 2-1. The shock of the day was that Colón finally won at home – their first home victory this year – 3-0 over Huracán. All the goals from those games, as well as Godoy Cruz’s 2-0 win over Quilmes on Friday night, are right here.

One thought on “Clausura: Racing win again, All Boys get another lift (video)”