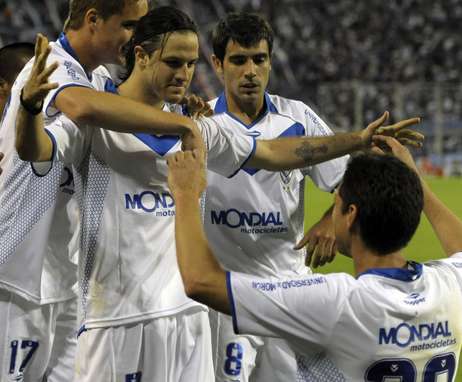 Thursday night was the time for Vélez Sarsfield’s quarter-final second leg in the 2011 Copa Sudamericana, and it was a brilliant match. Having drawn the first leg 1-1 away to Santa Fe of Colombia last week, Vélez stormed into a 2-0 lead and looked like they were sailing, only for their opponents to pull the match back to 2-2 – 3-3 on aggregate, and with an away goal advantage – in the second half. As the game ticked into stoppage time though, Vélez were given a penalty and Juan Manuel Martínez stepped up to send his side into the semi-finals. You can watch the goals here in glorious HD (for those whose monitor allows).