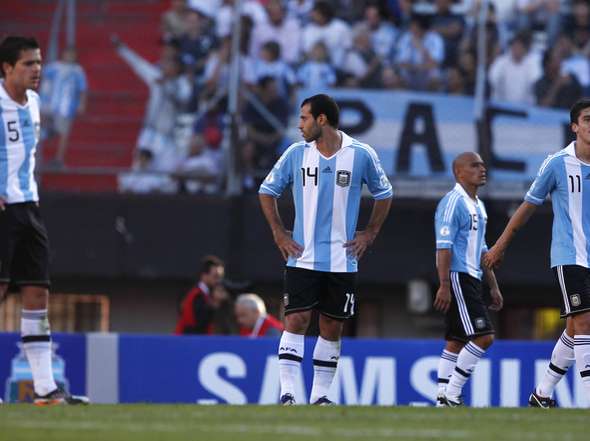 Argentina’s qualifying campaign for the 2014 World Cup hit another bump in the road on Friday afternoon where, in the glorious Monumental sunshine, Bolivia took the lead and eventually held the hosts to a 1-1 draw in the third round of qualifiers. Marcelo Martins opened the scoring in the 56th minute, only for Argentina – who dominated without overly impressing – to equalise through Ezequiel Lavezzi just seconds after he’d taken to the pitch. In the first half, Gonzalo Higuaín saw an early opener disallowed due to a foul… on Lionel Messi in the buildup. You can see the highlights (in HD if you’re so minded) right here.