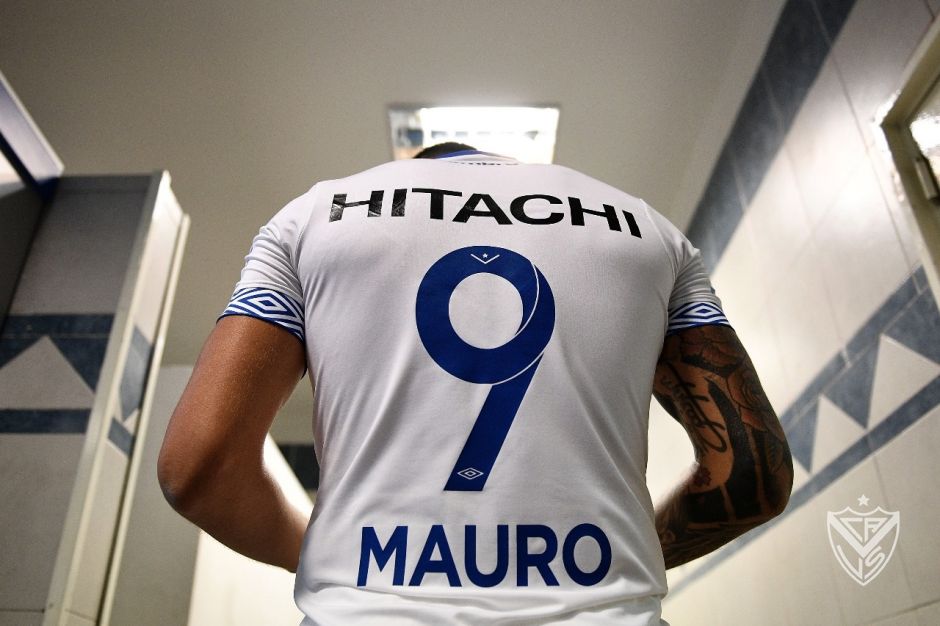 The blinds were lowered and the curtains drawn on Argentina’s summer transfer window on Thursday night, and plenty of clubs were active right up to the last minute. As I outlined here a few days ago, some clubs (San Lorenzo especially) seem to be putting faith in the squads which got them through the first half of the season, others have looked to strengthen for new challenges ahead (Boca Juniors), while the likes of River Plate are, to a certain extent, getting back to basics. Here, I’ll run down my top five signings of the window, as well as picking out five more that might be more and miss, but which ought to be worth keeping an eye on all the same.

Before we begin, some big signings have been confirmed since the post of the other day. River Plate have brought in Colombia international playmaker Juan Fernando Quintero (who has already been put on a special training regime to get his weight down) and deep-lying midfielder Bruno Zuculini; Boca Juniors have signed Gustavo Gómez from AC Milan. Clubs are also permitted to submit a list of players with whom they are close to agreeing terms, but whose transfers haven’t been 100% tied up yet – if the paperwork gets sorted in the next week, these transfers will also be allowed to go through. You can see a list of the players the clubs have submitted here, and bear in mind that some of these players (Gómez and Zuculini, as well as Independiente’s signing of Fernando Gaibor, for instance) have already been reported as confirmed by the media (indeed in Gaibor’s case, Independiente’s own social media accounts have already confirmed it).

The top five (in no particular order)

Franco Armani (goalkeeper, who’s joined River Plate from Atlético Nacional of Colombia)
River broke their club record fee to sign Lucas Pratto from São Paulo, but I think Armani is the better deal – not because I think Pratto will be anything less than a fine striker, but because River already have centre forwards operating at a decent level, but what they notably lacked during 2017 was a goalkeeper who was capable of the standards River need. They used two different keepers in reaching the Copa Libertadores semi-finals, but a large part of their undoing in the semis was that Germán Lux caved as soon as Lanús started getting shots on target; the four goals they scored in their 4-3 aggregate win came from just five shots on target over the two legs. Armani is a recent Libertadores winner (with Nacional, in 2016) and before he left Colombia, was in the process of gaining citizenship so he could play for the national team. Some of my colleagues in Colombia feel he’s the best Argentine goalkeeper currently active. If you want to attack, you’ve got to start by looking after things at the back, and that’s why Armani is such a vital signing for Marcelo Gallardo’s men.

Carlos Tevez (forward, who’s signed for Boca Juniors on a free transfer after leaving Shanghai Shenhua)
This is a more predictable pick, in spite of the fact that Boca have bought well and plenty during this window. I was tempted to name a different Boca signing here, on the basis that Tevez is a dull choice, but there’s a reason for it feeling predictable: last time Tevez was in Argentina he drove a tired and often idea-free Boca side kicking and screaming across the line to a league and Copa Argentina double, before following the money for an ill-fated year in China. Yes, he was by all accounts dreadful in the Middle Kingdom, but a lot of that seemed down to a struggle to adapt and fit in with local culture – something that won’t be an issue back in Buenos Aires. He’s not getting any younger, but Tevez still has plenty to give Boca, and will enjoy the challenge of leading their charge to draw level with Independiente’s seven Copas Libertadores.

Néstor Ortigoza (midfielder, joining Rosario Central from Paraguayan giants Olimpia)
Ortigoza left San Lorenzo, where he’s a club legend, in the middle of last year with some choice words for club president Matías Lammens, but told the press in December that he wanted to return. That deal couldn’t be done, though, and Central are the beneficiaries. Like Tevez, Ortigoza is no spring chicken at 33, but he’s a fantastically experienced and high-functioning player in just the area Central looked most out of sorts during 2017: central midfield. The loss of Giovanni Lo Celso to Paris Saint-Germain was never quite put behind them, and Ortigoza’s arrival should go some way to setting things right. He’ll add balance and drive to the midfield – and no small amount of class.

Mauro Zárate (forward, returning to Vélez Sarsfield on loan from West Ham United)
Like picking Tevez at Boca, this isn’t an especially interesting pick. But like Tevez at Boca, Zárate is coming home here, and we know exactly what we’re going to be seeing: a striker who, frankly, is probably a bit too good for this league, even if his dedication to other clubs might be questioned at times. Coincidentally, also like Tevez, this is the beginning of Zárate’s third spell at the club he’s joining. Vélez lacked experience (Fabián Cubero aside) during the first half of the season, and have looked to address that in this transfer window. Having brought in the forward-looking Gabriel Heinze as manager, a replacement for PSV-bound forward Maxi Romero, the one youngster who looked genuinely like he might go places, was vital. It would be difficult to pick a much better one, given he knows the club inside out and has always performed well for them in the past, than Zárate.

Lucas Barrios (forward, joining Argentinos Juniors from Grêmio)
Another forward on this list! It’s almost as if it’s a fashionable position, or something. But like Ortigoza at Central, Barrios is also another Argentine-born Paraguay international, and there’s a reason he was so sought after by the land of his ancestors. The former Borussia Dortmund man is returning to the club he started out at, and although he didn’t get a lot of playing time for last year’s Copa Libertadores winners, his goals-per-game average is still enough (just about) to suggest he’ll be able to add guidance and a cutting edge to Argentinos’ attack. That could be important for them, because whilst their defence wasn’t bad during the first part of the season, their attack was a little blunted in comparison with the style with which they swept to the B Nacional title last season. Being able to call an experienced youth product back for one last hurrah is always a bonus for Argentinos, whose youth system is legendary. And Barrios is one of its most successful products of the last couple of decades.

The five hit-or-miss ones to watch

Ricardo Centurión didn’t join Boca permanently, but has headed back to his first club, Racing. Off the pitch, we all know this could be a chaotic ride. On it, if he’s in the mood, Racing fans might really enjoy it.

Augusto Batalla was one of the goalkeepers who didn’t do enough for River Plate last season; his move to Atlético Tucumán could prove to be the moment when this still young goalkeeper comes of age. If he can learn from previous mistakes, Atlético have a decent custodian, and Batalla can grow into the role.

Emanuel Reynoso has made a huge move from Talleres to Boca Juniors, and should do really well given his obvious talent. But given the number of players Boca have signed, and the quality of some of the attackers they’ve brought in, I do wonder how much playing time the youngster will get. If Guillermo Barros Schelotto makes him a regular, he should come on leaps and bounds – but it would be a shame if he ends up stagnating on the bench.

Juan Fernando Quintero looks rather more likely to get playing time for River Plate, but there’s still a question mark as large as his torso hanging over his signing. If the player who lit up the Colombian league and became a deserved international for his country turns up, River will be laughing, but at Porto (from where he’s been loaned, with an option to buy) he struggled to adapt, and given he’s apparently turned up for training three kilos overweight, I’m going to reserve judgement on this one.

Mauro Guevgeozián looked, briefly, like a really decent centre forward when he joined Newell’s Old Boys. Then the wheels seemed to fall off somewhat and he didn’t manage to really kick on. If the Uruguayan-born Armenia international can settle better in Córdoba than he managed to in Rosario, this could prove a very astute signing for Belgrano. But it might also turn out to be a whole load of nothing.