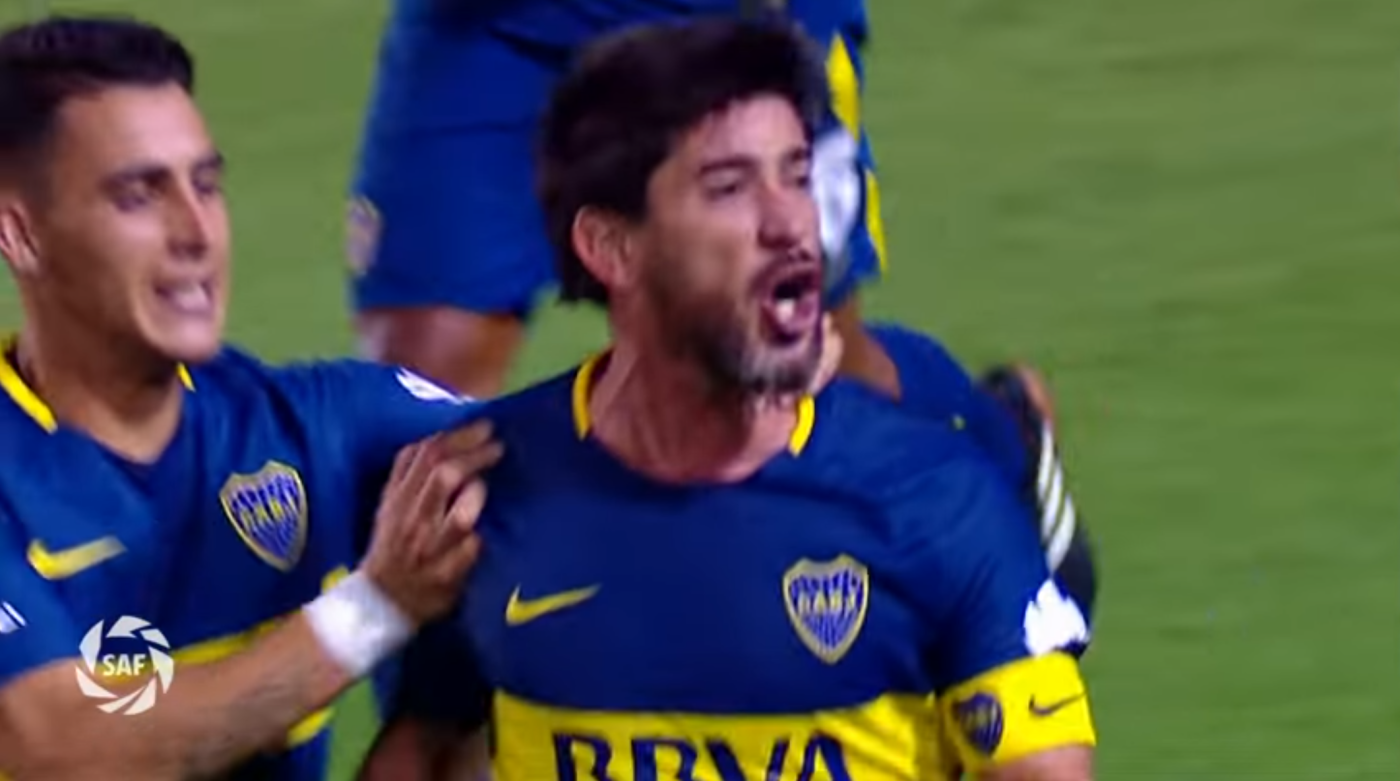 There was a virtual coronation and an actual relegation in Sunday’s Superliga matches. Boca Juniors didn’t claim the title, but Pablo Pérez’s ninety-second minute winner against second-placed Talleres did mean they extend their lead at the top of the table to nine points (eight, if San Lorenzo win their game in hand against Independiente on Wednesday) with just six matches remaining. That game wasn’t a great one, but much more entertainment was to be had a relegation scrap in San Martín. There, Chacarita Juniors took a 2-0 lead only to be pegged back by Arsenal de Sarandí who claimed a 2-2 draw. That result kept both sides just about alive, but in Arsenal’s case only for a matter of hours; Patronato’s subsequent 3-0 win over Rosario Central means the Sarandí side are relegated for the first time since being promoted to the top flight in 2002. In the time since then, they’ve been crowned champions of Argentina and won the Copa Sudamericana among other gongs, but relegation less than four years since their founder and long-time AFA dictator Julio Grondona’s death is no surprise. In the evening game, San Lorenzo beat Lanús 2-0, and in the 11am kick off River Plate kept their recent resurgence going, shrugging off a poor start and an early 1-0 deficit to beat Defensa y Justicia 3-1 in Florencio Varela.