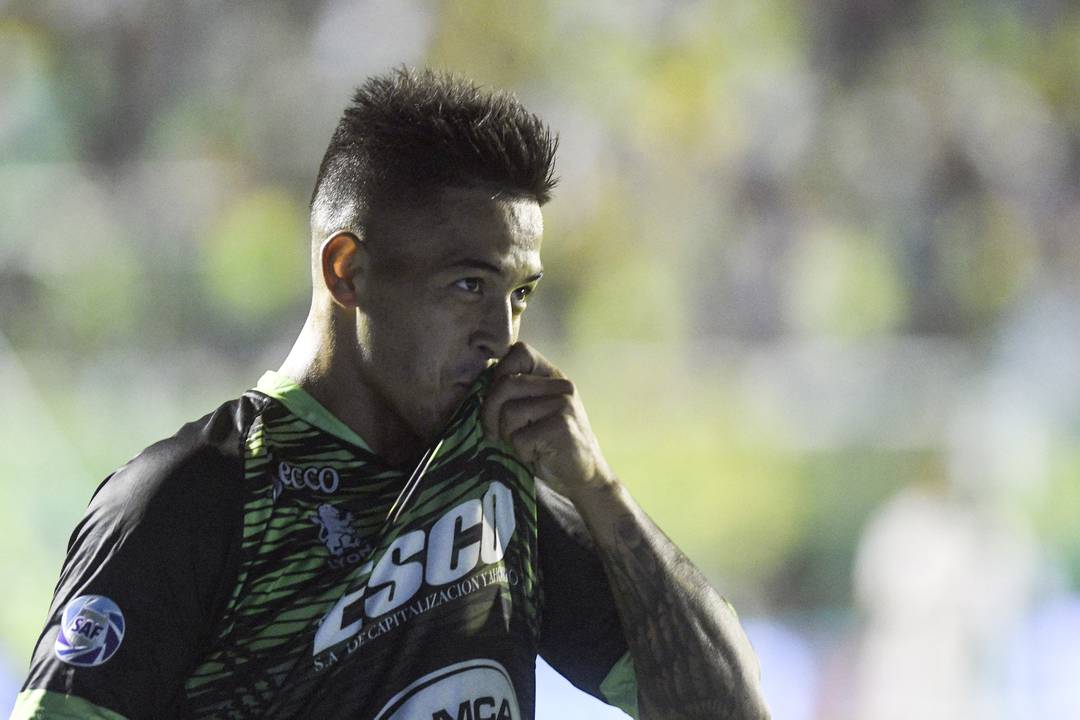 The twenty-second round of Superliga action ended on Monday night with yet another late winner for Defensa y Justicia, who emerged victorious from a five-goal thriller against Banfield thanks to Nicolás Fernández’s hat trick. The win meant that Defensa have qualified for the Copa Libertadores for the first time in their history – they’ll be in next year’s group stage – and it also cut Racing’s lead at the top of the league to just a point, with three matches to go and the top two set to meet in Avellaneda on the final weekend. That situation has arisen thanks to Racing’s 1-1 draw away to Colón on Saturday, while other noteworthy results saw River Plate take a hard-fought 1-0 away victory over Atlético Tucumán to leapfrog their hosts into a Libertadores qualification spot, Tigre come from two goals down to claim a 2-2 draw with Unión, and Boca Juniors get a 3-0 win over Jorge Almirón’s woeful San Lorenzo. All the highlights are here.

Want to watch the Superliga? If you’re outside Latin America, you can watch every game live in HD with Fanatiz, as well as catching matches on demand should you miss them when they’re played. If you’re in the United States of America, you can also enjoy live Copa Libertadores, Copa Sudamericana, La Liga, Ligue 1 and more through Fanatiz’s tie-ins with beIN Sports and Gol TV. Wherever you are, listeners to my podcast, Hand Of Pod – and by extension, readers of this blog – can get 20% off their first three months by clicking this link and using the discount code hopfz.

Friday
Lanús 1-1 San Martín de San Juan – a result which leaves Lanús just outside the Copa Sudamericana spots, and does little to help San Martín in their relegation struggle.

Belgrano 3-0 Patronato – The scale of this win for Belgrano is matched by the seriousness of the defeat for Patronato. The result leaves both of these sides (and San Martín de San Juan) exactly level in the relegation table, with Tigre and San Martín de Tucumán below them, meaning that if the table ends up as it is today, these three teams would have to play a mini league between them to decide which two go down.

Saturday
Newell’s Old Boys 1-2 Talleres – Talleres maintain some slim hope of getting into next year’s Libertadores with this win, but probably more realistically, it keeps them very much in the conversation for a Sudamericana spot.

Godoy Cruz 0-0 Rosario Central – Yet another draw for Paulo Ferrari in his nascent career as manager, in what was a less than thrilling game.

Colón 1-1 Racing – Colón snatched a deserved lead at the break, but a Racing onslaught which lasted for the whole of the second half eventually brought about Darío Cvitanich’s equaliser in the 88th minute. Very much two points dropped for Racing, but the one they gained could be vital in a few weeks’ time, given that goal difference isn’t used to decide the title in Argentina (if Racing and Defensa end level on points, they’ll play off in a neutral venue for the trophy).

Boca Juniors 3-0 San Lorenzo – San Lorenzo remain unwatchable, and Boca could have won by more if their finishing had been better. This win keeps them third, well inside the Libertadores spots, but without much hope of finishing any higher; they’re eight points behind Racing and seven behind Defensa with just nine to play for.

Sunday
Estudiantes 1-0 Gimnasia – This might have been a clásico, but it was a long way from being a classic. Both sides remain in lower-mid table.

Independiente 2-0 Aldosivi – A win which keeps Independiente in the Sudamericana spots (a very tight battle is emerging which looks certain to go to the last day for at least one and probably more of those places), and causes real damage to Aldosivi’s hopes of qualifying for the same competition.

Huracán 1-3 San Martín de Tucumán – Well now. No one expected this. San Martín had two points from seven matches, so three in one is a real surprise, and if they can follow it up it could make the relegation battle interesting, since they’re dividing their points by only the current season in the relegation table, and as such would leapfrog a lot of teams if they can get a couple of wins. Their next match? At home to Boca Juni— ah. Never mind.

Atlético Tucumán 0-1 River Plate – Fourth versus fifth at kick off, fifth versus fourth at full time, as Cristian Ferreira’s second goal in a few days (he also scored the last-gasp equaliser away to Alianza Lima in the Copa Libertadores) helped River to a 1-0 win that their defensive discipline deserved, even if Atlético didn’t really deserve to lose.

Monday
Tigre 2-2 Unión – 2-0 down and looking out of both the match and the battle for survival at half time, Tigre rallied and Carlos Luna’s spectacular volleyed equaliser in the 87th minute was the very least they deserved. It leaves them just three points behind the deadlocked trio of Belgrano, Patronato and San Martín de San Juan, and keeps the cruel spectre of hope faintly visible in front of them. It remains difficult not to think that they absolutely have to get a win away to Talleres in their next match, though, because their last two games of the season are at home to Racing and away to River.

Argentinos Juniors 0-0 Vélez Sarsfield – A veritable festival of shots off target, which frustrates Vélez’s slim hopes for a Libertadores spot but still leaves them well positioned to close in on the Sudamericana.

Defensa y Justicia 3-2 Banfield – Hernán Crespo has still only won one match as a manager, but my word his team are more entertaining to watch than they were before he took charge. Defensa y Justicia, though, are showing astonishing stamina: this is the fifth game they’ve won in the eightieth minute or later since the start of 2019 – and three of those winners came in stoppage time. Monday’s was in the 89th minute, and saw Nicolás Fernández complete a hat trick to keep the heat up on Racing.